Review: Until Again by Lou Aronica 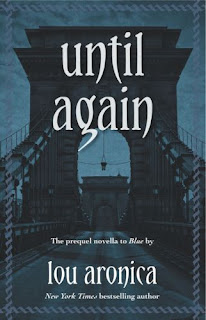 At the beginning of the year, I reviewed Lou Aronica's novel Blue (read my review here). I was very impressed by the story and I still feel it is one of the best books I have read all year.

Mr. Aronica put a lot of heart and soul into that novel, and now he has come out with a prequel novella, Until Again. This novella is just as heartfelt. It tells of two major events that change the lives of everyone involved - not only Chris Astor and his 10 year old daughter, Becky, but also Meia, the princess in the made up land of Tamarisk.

If you have read Blue, then reading Until Again is a necessity. This short novella gives you more insight on how these endearing people lived and loved in Blue. If you haven't read Blue yet, then both of these books should be in your TBR pile!!

Thanks to Lou Aronica for sending me Until Again. It was a pleasure to revisit these very beautiful characters, even for a short and emotional time. Also, I just wanted to say, it grabbed at my heart that Chris calls his daughter 'Babe' - because that's what my dad calls me!
Posted by a real librarian at 6:59 PM 2 comments:

Just because I've been on a huge veggie kick this summer because we have the BEST Farmers Market ever!!! So, I decided to spread the veggie love a little with my preschoolers!!

Book: Night of the Veggie Monster by George McClements 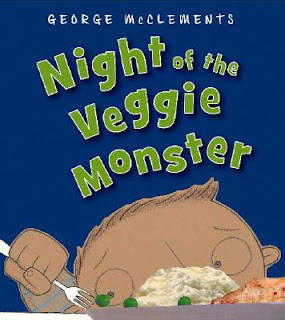 Song: Good Food Song (taken from the Vegetable Activity Theme page from Child Fun)
To the tune of Old McDonald

Book: Little Pea by Amy Krouse Rosenthal (this is one of my most favorite story time books!) 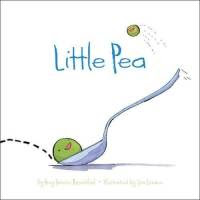 Rhyme: 5 Big Tomatoes (adapted from a song found on the Vegetable Songs and Music page from Everything Preschool). I also made my own flannel board pieces for this song!

5 big tomatoes in a bowl
One fell out and it started to roll
It bumped the table, and it hit my toe,
Now how many tomatoes in the bowl? 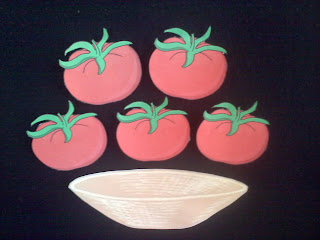 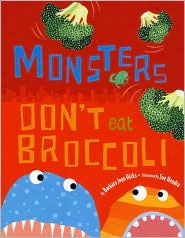 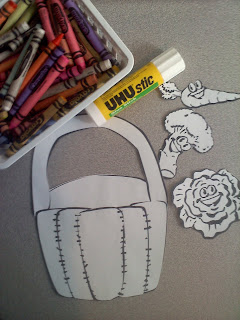 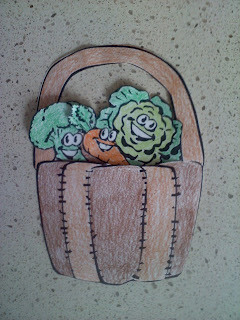 For this weeks FMRNS. we decided to go with a drama with some feel good vibes!! Resurrection, a 1980 drama, stars Ellen Burstyn, Sam Shepard, and Richard Farnsworth. This was definitely a fabulous movie!!! 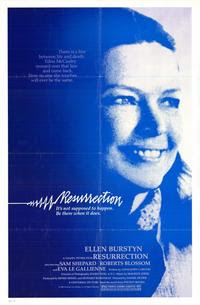 Posted by a real librarian at 5:48 PM No comments:

Dancing is one of my most favorite themes for story time. In fact, I am known around my library as The Dancing Librarian - hahaha!! Believe me, it's very appropriate!!!

So, I found some awesome books about dancing, and we had a great time!!! 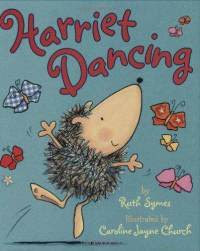 Song: If You're Happy and You Know It 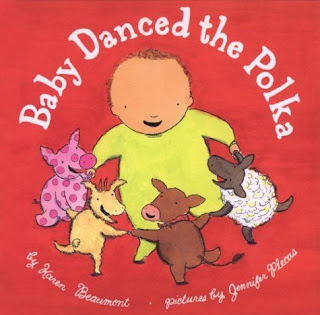 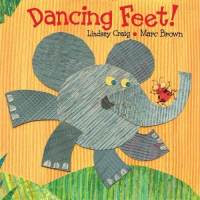 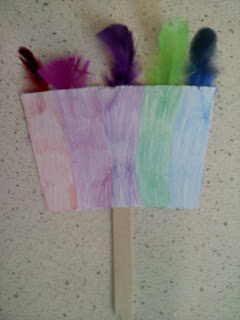 For FMRNS this week, we decided to go Old School and watch the original Frankenstein from 1931 with Colin Clive, Mae Clarke, and Boris Karloff. 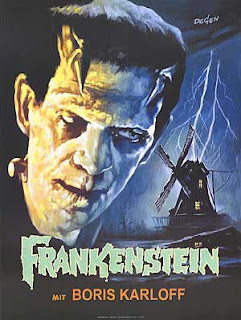 Posted by a real librarian at 5:47 PM No comments:

Review: Kiss Her, Kill Her by Lisa Dewar 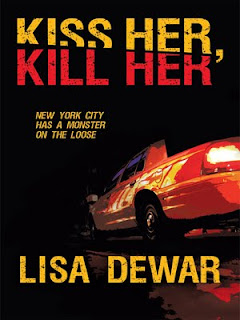 If you are looking for a thriller with some interesting twists, then Kiss Her, Kill Her by Lisa Dewar is one that you should check out!!

Tarryn Cooper Love was raised by a single mother. But Tarryn was not raised on traditional fairy tales. His mother had an obsession with Ted Bundy, and told Tarryn stories about his life and his kills. Tarryn, knowing how much his mother idolized Ted Bundy, became a serial killer in order to earn her respect. He drives a taxi, which is how he finds his victims. He is one kill away from passing Ted Bundy's admitted record of 36 kills.


Carmen is a troubled young girl turned trophy wife who is desperate to get out of her marriage. She is suicidal and getting her final things in order when Tarryn picks her up. Tarryn finds out Carmen's plans, and decides that bringing her back from the darkness of depression and giving her back the will to live will provide the ultimate challenge before he kills her.

You get in to the heads of both these characters, and you come to appreciate them both. There are psychological twists throughout the whole novel. The shift as Carmen's resolve to live comes back is touching, and you can see Tarryn's back and forth fight - should he kiss her or kill her?

If you like true crime, you would dig this. A lot of it reads like a time line - how each character got to where they are in their lives. But then, all of a sudden, you get caught up in a thrilling and tense scene.

I definitely recommend this one - it is worth checking out!!

Thanks to Kelley and Hall Book Publicity for sending me a copy of this book!!
Posted by a real librarian at 11:47 AM 1 comment:

I was inspired by last week's boxes and balls story time to do one on Things that Bounce! So, here are some great books that my toddlers just loved! 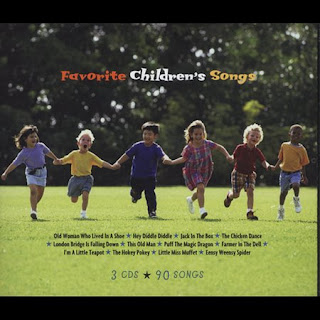 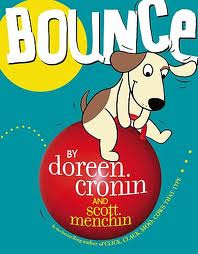 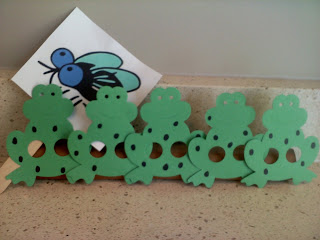 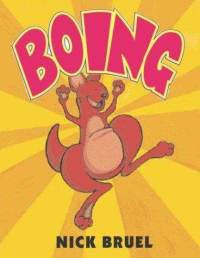 Book: Does a Kangaroo have a Mother, Too? by Eric Carle 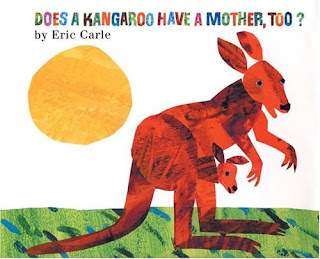 Interactive Playtime
Posted by a real librarian at 11:44 AM No comments:

Drivin' in my car!

Or wait...maybe not so much. Either way, I found some pretty fun Cars and Trucks and Things That Go books for my preschoolers this week!!! 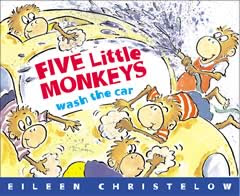 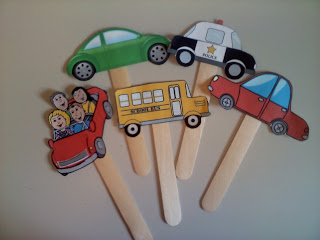 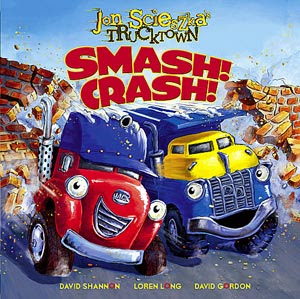 Song: Driving in My Car by Peter and Ellen Allard on the Good Kid CD. 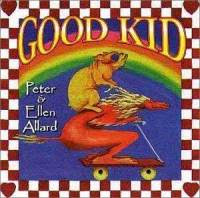 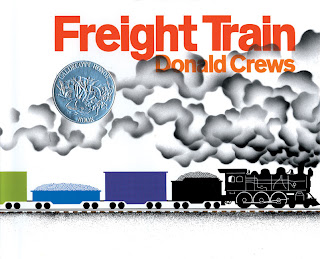 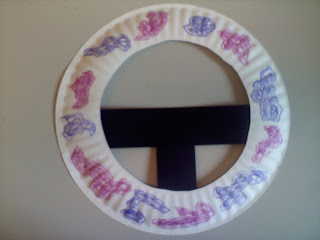 This week on FMRNS, we watched a really cute foreign film called Potiche. This French film was made in 2010, starring Catherine Deneuve and Gerard Depardieu. This was quirky and fun - and, of course, FABULOUS!!! 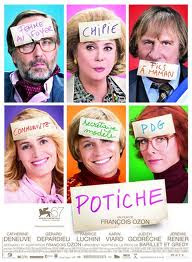 So, the other day, I had a coffee date with a friend. I hadn't seen her in a while, and I was super excited. I left pretty early because I hadn't been there before, so I wanted to make sure I had plenty of time.

Turns out, I had plenty of time.

I got to the Starbucks, sat down at one of the outdoor tables (it was a beautiful day!!!), reached inside my purse for my book. Wait...where...noooooooooooooooooo!!!!!!! I found myself without my book.

Is this not the most horrible thing ever? I mean, I like to play with my phone, but I can only stare at that screen for so long. And the sad thing was that I was in the middle of two really good books, and would have been happy to be sitting with either of them.

This doesn't happen often. In fact, I don't know if there has been more than one or two other occasions where I had forgotten my book.