And the winners are...

I am so excited to give this book away!! I realized after I wrote this post that the publisher had sent me 2 copies to give away, plus my personal copy. I've decided to give my gently read copy to the library, since I noticed we don't have one, and one of my coworkers (Hi, Ms. K!!), has expressed interest in reading it!! Anyway... 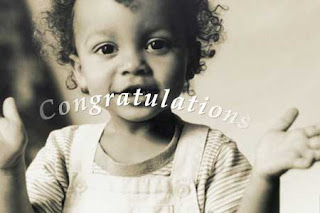 Mary (Bookhounds)
JHS
I've sent you both an email asking for your snail mail address, and I'll get your books out to you as soon as possible!!

Thanks to everyone for reading my blog and entering in my contest!! I'll have more posts and reviews up soon!!
Posted by a real librarian at 3:05 PM 2 comments:

Question of the Day

So, I'm out of town right now. Someone asked me where I was from, and when I told her I was from Minnesota, this is the question she asked:

"Minnesota, where is that? Over by California, right, on the coast?"

And yes, she was dead serious.
Posted by a real librarian at 7:13 PM 4 comments:

Labels: Library question of the day 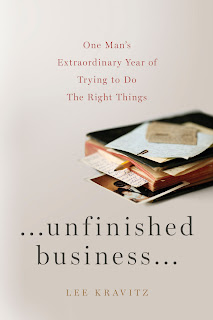 I was asked to review a copy of Unfinished Business by Lee Kravitz, and I have to say I am really glad I did!! It came to me at a time of my life when I have been really reflecting on things, and some of the topics really hit home for me.

Lee Kravitz was fired from his job as an editor of Parade Magazine. He was an admitted workaholic, claiming that work consumed him. Now, being out of work consumed him, and he came to the realization that he needed to retrace some steps and reconnect with a part of himself that he lost while lost in all that work. He took a year, and reconnected to family, old friends, and attended to several other pieces of "Unfinished Business" in his life.

While my reflecting lately deals with an entirely different scenario, it was really interesting to look at his take on life, and what he needed to do to grow as an individual, as well as become a better husband and father. It makes me wonder what I would do if I were to choose pieces from my past and take care of some unfinished business.

This was a very powerful read for me, but it read easily. I sailed through it even though there were some very deep and meaningful topics. I think this book is a great way to get you thinking!!

I'm honored to have received an extra copy of Unfinished Business to giveaway!! I'll also throw in my gently read copy and pick two winners for this book!! It's open to anyone, and all you have to do is leave a comment on my blog. Please leave a valid email address with your post, otherwise you'll be taken out of the give. I have to be able to get a hold of you, right? The contest runs until Thursday, July 29th, and I'll announce the winners on Friday, July 30!! Good luck to everyone!!!